Who was Martin Luther? 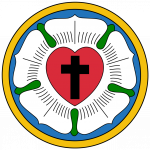 The Lutheran Church is the oldest and largest Protestant church in the world. Lutheranism had its origins in the Reformation movement of the 1500’s – a movement led by Martin Luther, and is an authentic expression of the one, holy, Christian and apostolic church founded by Jesus Christ and the Apostles.

Martin Luther was born in Germany in 1483, the son of a miner. His parents gave him a strict religious upbringing. A brilliant student of theology and scripture, Luther became a monk and an ordained priest in 1507. He soon earned his Doctorate of Theology and was appointed a Professor at the University of Wittenberg.

After years of intensive Biblical study, Luther became torn between devotion to the church and criticism of some of its teachings. He came to believe that salvation was a direct gift from God to those who had faith in Jesus Christ – not by good works or through priests or clerical mediators. This is the doctrine of “justification through grace, received in faith.”

Luther criticized the church practice of selling “indulgences” as a way of “paying” for sins and lessening the time to be spent in Purgatory. In 1517 he nailed his famous “95 Theses” to the door of Castle Church in Wittenberg, to raise these issues for discussion.

Catholic authorities charged Luther with heresy (false teachings). When he refused to renounce his beliefs and insisted the papacy was of human, not divine origin, Luther was excommunicated. Later he was forced into protective hiding.

While under the protection of Prince Frederick the Wise, Luther pursued reforms in Christian doctrine and practice. These included recognizing the Bible as God’s Word, the true source of doctrine; upholding Holy Baptism and the Lord’s Supper as the only sacraments; producing a vernacular liturgy; and translating the Bible into German. Luther published almost 400 works, including Biblical commentaries, catechisms, sermons and tracts. He wrote many hymns and continued to preach. In an attempt to reach a compromise, Catholic and Protestant leaders met at Augsburg in 1530. Philip Melanchthon, Luther’s close friend, wrote “The Augsburg Confession” to explain Luther’s position. This document later became one of the official doctrinal statements of the Lutheran Church.

The Lutheran Confessions (also known as the “Book of Concord”) is a collection of writings that sought to reconcile doctrinal disputes and clarify beliefs. The book contains “The Augsburg Confession,” “The Smalcald Articles,” “The Formula of Concord,” “Luther’s Small Catechism,” the “Large Catechism,” and more. Published in 1580, the Book of Concord helped lay the foundation for modern Lutheranism.

For more general information about The Lutheran Church — Missouri Synod: